The Houses That Jack Built

Paul Whitelock was a languages teacher, a school inspector and a translator and interpreter. Since retirement 15 years ago he has also dabbled in journalism and blogging. But what he really wanted to do when he was younger was to be a tradesman, eg. plumber, electrician, carpenter, bricklayer, tiler or painter and decorator. Over the years he’s had a go at all of these on an amateur, DIY basis with relative success. Here’s the story of the houses that Jack – Paul – built! Or helped to build… 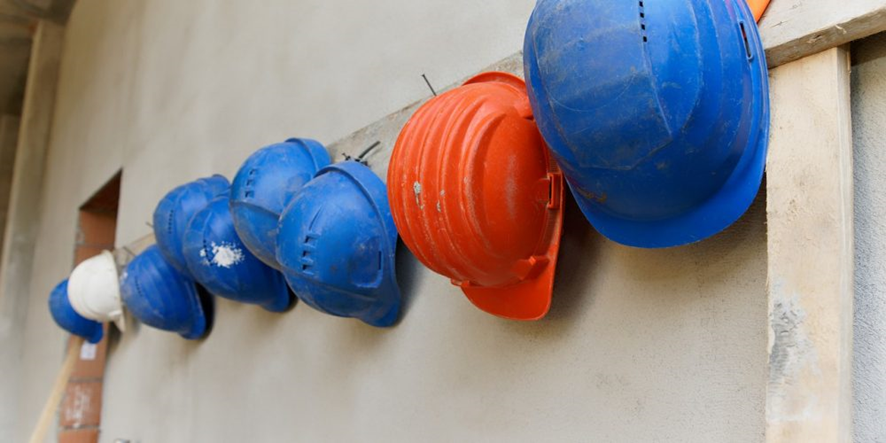 I first started doing bits and pieces of DIY when, as a poorly paid young teacher, I bought my first house, a semi-detached in Walkden, Greater Manchester, for £11,000. A lot of money back then and the mortgage interest rate was around 16 per cent!

Unable to afford to employ professionals, I informed myself from books (no YouTube videos back then in the late 1970s) and tentatively did a bit of electrical work, plumbing and painting and decorating.

My first wife, Jeryl, and I then moved to our second house, in Thelwall, Warrington, not far from the infamous Thelwall Viaduct on the M6. A three-bed detached it cost us just £37,500, a huge amount in 1980.

Over the next 20 years, the house grew in size to become a four-bedroomed, two bathroom-ed house with four reception rooms and a third WC, plus garage and large balcony overlooking the adjacent park.

Although builders did the main construction work, my DIY skills had developed so much that over the years I was able to re-wire the whole house, convert the original garage into an extra lounge-cum-music room, turn the separate toilet and bathroom into an ensuite bathroom with new suite, install a shower, replace all the guttering and drainpipes and build two patios and a pergola. Not to mention wall-papering and painting throughout. I even built a treehouse for my two kids.

In the early 2000s Jeryl and I bought two properties in quick succession in Ronda, Málaga, Spain. The first, Piso Blanco, was a small flat that needed little doing to it, but the second, an end-terraced house, which we named Casa Blanca, was virtually a ruin. 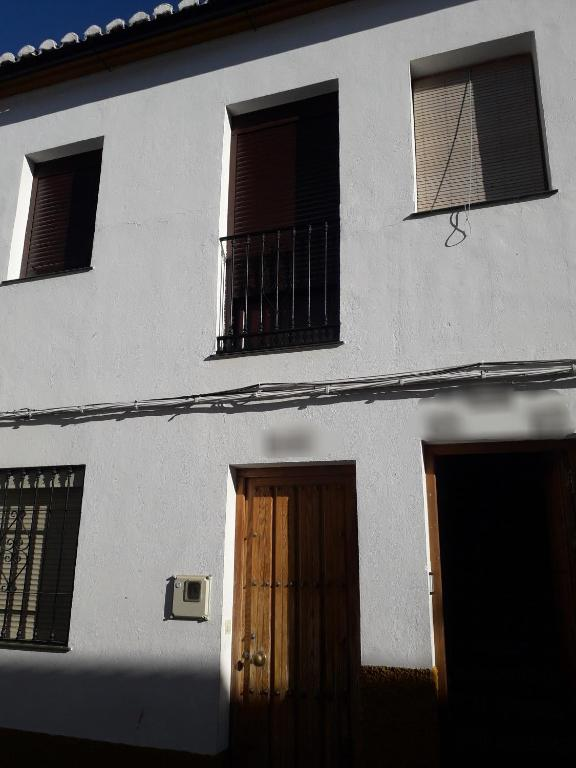 Over the next couple of years I re-wired it, replaced a collapsed floor, upgraded the kitchen, re-built the terrace and decorated throughout.

Then, in 2005, disaster struck, or should I say three disasters! A nervous breakdown, redundancy and divorce in quick succession saw me living with a new lady, Maud, in a beautiful cottage in Bryn-y-Maen, North Wales. I did a few bits and pieces there to keep my hand in and then, when I took her to Ronda for a long weekend, Maud bought a small house there on the spur of the moment.

We called it El Rincón, because it was tucked away in a corner. It needed a lot of work, which I happily took on. Maud was still working full time in the UK, but I was retired so spent months in Ronda re-wiring, building a new bathroom, tiling floors and creating a rather delightful terraced garden at the rear of the house. A good lick of paint and El Rincón was finished.

The end of that relationship put paid to my DIY activities for a couple of years, until an old university friend, Jac, who lives in Luxembourg, invited me to spend the summer of 2008 in the Grand Duchy helping her daughter and son-in-law renovate an old house they’d bought there.

That was great fun and I developed some new skills, as building practices there differ significantly from the ones I had become familiar with in the UK.

After that busy but enjoyable summer of 2008 I was footloose and fancy-free again, so headed off to Ronda to stay in Piso Blanco for a few days, prior to moving into a house in Latchford, Warrington, which I’d bought with the proceeds from the sale of Casa Blanca, the Ronda house I’d done up a few years before.

The Warrington house was a real bargain. Tunstall Villa, as the “new” house in Latchford was named, was a “do-er up-er”. A Victorian detached villa, rather down on its luck, it had the potential to be a great house again. It cost me a mere £119,000.

Still “unemployed” – by this time I’d been retired for three years – I had plenty of time on my hands, so I set about the renovation. Over many months I created a delightful winter garden, renovated the rear internal area to provide a WC and laundry room, re-decorated throughout, and then, after two and a half years … I sold it!

Well, on that visit to Ronda in September 2008 that I mentioned earlier, I’d met a lady I nicknamed the “Meter Maid”! Yes, you guessed it, her name is Rita.

We dated in Spain, the UK and Germany, where she is from, and quickly fell in love. I immigrated to Spain at the end of that year to live with Rita in her lovely village house, Casa Rita, in Montejaque.

In 2010 we married. The DIY didn’t stop, however! I built a kitchenette in a bedroom that we set up as a B & B and handled all the maintenance work at Casa Rita.

Both having committed to living in Spain, we needed a house that better met the needs of our respective families, eg her disabled grandson, my ailing mother. So I sold Tunstall Villa in Latchford and we used the money from the sale to buy our dream house in the campo just outside Ronda. That house is known as Villa Indiana.

That happened in 2011, the year after we “jumped the broom” and we still live there after more than 10 years of married life. The DIY and gardening have continued, of course, although, as I get older, I rely a bit more on local folk to keep on top of things.

In 2019 I decided to sell Piso Blanco in Ronda after 18 years’ ownership. We had been using it as a holiday rental, but all of a sudden the bookings started to dry up, so it had to go. In October 2020, I used some of the money from that sale to buy a charming old house in Montejaque, where we had previously lived. I needed a project again and so I have been restoring it to its former glory. 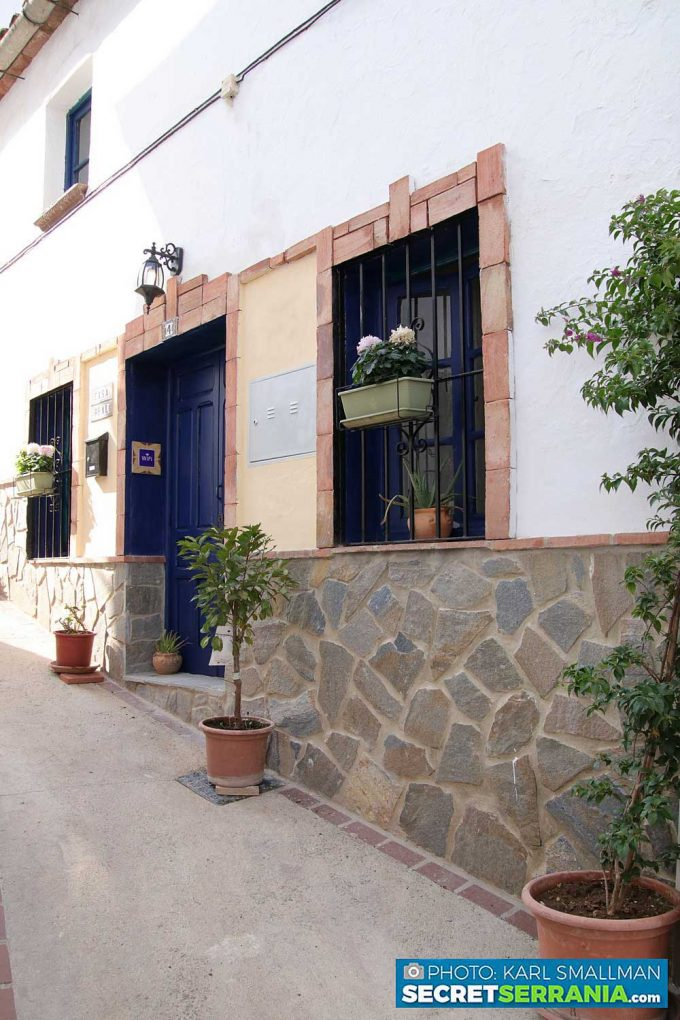 To be sure, I’m over 70 now, but the mind is still willing even if the flesh is weak. With the help of two jobbing Spanish builders Casa Real has been re-configured and re-wired and re-plastered. We installed two modern luxury bathrooms and modernised the kitchen.

I was at pains to retain as many original and traditional features as possible, including 19th century floor and wall tiles. Finally it was re-decorated throughout and is now officially registered as a vivienda rural and is available to rent from April 2022.

Now that the house is finished, who knows? Maybe I should just hang up my DIY boots!

Stop Press: I´ve just spent a week in Hastings helping my son Tom with the renovation of "3 Wonky Floors", the massive Victorian Terraced house he and wife Su bought a year ago. Between us we re-plumbed, stripping out the old lead pipes and replacing them with copper; plaster-boarded walls ready for the plasterer; nailed down floorboards; filled holes in walls. And I made a garden gate from two pallets!

Note: This article forms part of a trilogy with Montejaque Diary – First Ever Stay and My God! What Have We Done?