Ronda is the “City of Dreams”, but who came up with this nickname?

Ronda is known as La Ciudad Soñada, the City of Dreams. The person who coined this expression was Czech/German poet Rainer Maria Rilke who lived in the town for a period in the early 20th Century. He wrote: “He buscado por todas partes la ciudad soñada y al fin la he encontrado en Ronda.” (“… I have sought everywhere the city of my dreams, and I have finally found it in Ronda.”)

Rainer Maria Rilke was born in Prague, at that time in Czechoslovakia, in 1875. He was raised as a girl for the first few years of his life by his devoutly Catholic mother to ‘replace’ a dead sister. Later he was sent to school at a military academy, which he hated.

In Munich he met Russian-born psychoanalyst and author Lou Andreas Salomé, who remained a strong intellectual influence on Rilke for the rest of his life. When their affair ended, Rilke lived briefly in an artists’ colony in Worpswede, near Bremen. There he met and later married the sculptor Clara Westhoff, but the couple soon separated, and Rilke remained deeply ambivalent about intimate relationships for the rest of his life.

In 1902 he moved to Paris but although Rilke lived in the French capital on and off for more than a decade, he experienced the city as an ordeal. In late 1912 Rilke had a massive case of writer’s block. Unable to find poetic inspiration, he left his home in Paris and travelled south to Toledo, hoping its dramatic architecture, celebrated landscape and the paintings of El Greco would reignite his creativity.

On a whim he took a train to Ronda, where he took a room in the Hotel Reina Victoria, built in the 19th century to attract well-to-do British tourists from Gibraltar. Looking out over the deep ravine which divides the city in two, Rilke was transfixed by the landscape. Writing enthusiastically to another of his female friends, he praised the “strong and splendid air” of Ronda, and the mountains which “spread out like a psalter you could sing psalms from”.

‘For Rilke, Ronda was a place of liberation,’ says Tony Stephens, one of the world’s foremost Rilke scholars, and emeritus professor of German at Sydney University. ‘The poems he wrote there are quite experimental. He kept them back from his publisher. One of the great poems he wrote there, The Spanish Trilogy, wasn’t published until after his death.’

Rilke is arguably the best-known German poet, and a towering figure in 20th century literature. His stay in Ronda proved to be a turning point in his poetic development, but the poems he wrote there have only rarely been translated and are almost unknown in English.

In fact, Rilke made some of the most daring and innovative poetry of the early 20th century thrive during his stay in Ronda. In The Spanish Trilogy, written in the weeks from December 1912 to January 1913, he achieves, at least temporarily, the unity of self and world which was the ultimate goal of his tormented pilgrimage. Why Rilke chose not to publish this remarkable poem in his lifetime remains a mystery.

But this and some of the other poems he wrote in Ronda, such as The Raising of Lazarus and The Sixth Elegy, certainly restored his confidence.

In the last years of his life, after the First World War, Rilke finally settled in the French speaking part of Switzerland, in a chateau which his patron Werner Reinhart placed at his disposal. 'Until then,' says Stephens, Rilke ‘constantly roamed Europe on a tormented pilgrimage’. He never worked, relying on the generosity of patrons and his long-suffering publisher, who also footed the bill for his stay in Ronda. 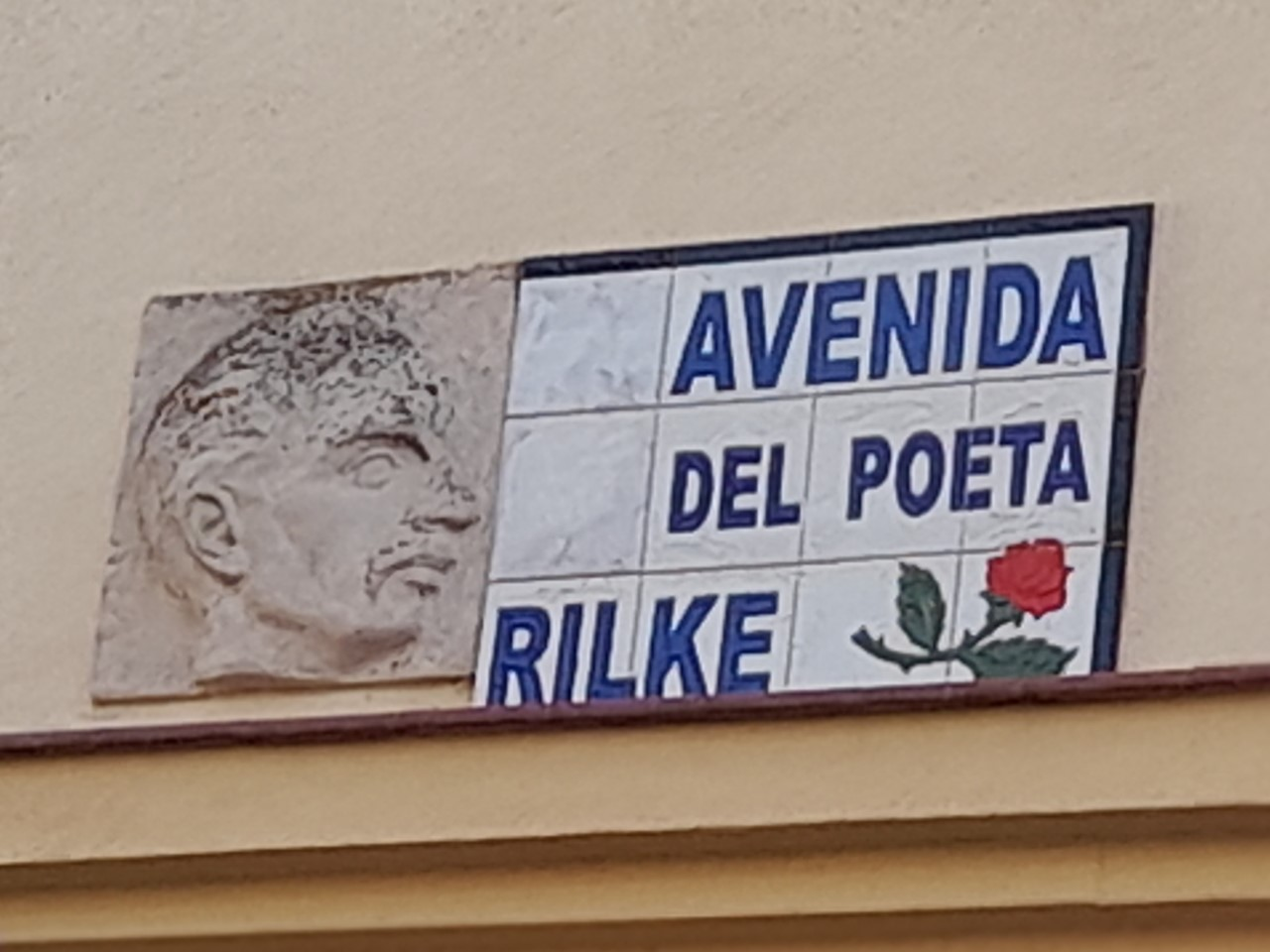 Epilogue  In Ronda there is a real estate agency named after him, plus a driving school, a car park and a pub, regrettably now permanently closed. A street also bears his name, and there is a statue in his honour in the grounds of the Hotel Reina Victoria. However, The Reina Victoria hotel was taken over by the Catalonia Hotels group and was remodelled in 2013. As a result Room 208 is no longer the Rilke Museum. However, a few preserved artefacts have been made into a tiny exhibition of Rilke’s realia behind a glass display case, near the Cafeteria Rilke. There are several books, some photos of the poet and a framed page of something he’d written in German. Intriguingly there is also an old copy of his hotel bill.